NAMES - Arlee's A to Z - Characterisation 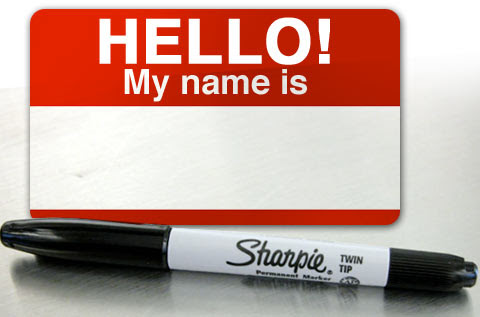 What’s in a name? That which we call a rose by any other name would smell as sweet.
Whether you wait until you are writing (and, like a new parent standing over the crib, you take a long hard look at your developing character) or you dig out the naming books about fifteen seconds after a character becomes a twinkle in your eye, you are going to name your character.
There are a few things to consider:
HISTORICALLY APPROPRIATE
If the setting of the novel is historical great care is needed to ensure the characters are grounded in the appropriate decade, era, century or millennia.
AGE-APPROPRIATE
A name that is hot at the registry office in 2011 may not be the best one to call your MC if they are already adult. A check on the internet will provide you with the most popular names given to children, in many countries, in the correct
year of your character’s birth.
PHYSICAL TRAITS
Some people look for names that reflect the character’s shape, size or colouring.
CHARACTER TRAITS
Names can reflect personality traits. Using languages such as Latin – Fortis (brave) Anglo-Saxon – Aelric (noble rule) or Irish – Abbáeth (lustful) or any other language, world wide, offers a wealth of names with hidden meanings.
ACHETYPES
Characters could be named according to their significance in the story. Villains, Lovers, Heroes or Tricksters are rarely called Bob.
GENRE - SCI-FI / FANATASY
When you are already creating the language and the rules that govern a whole brave-new-world developing appropriate names adds one more thing to think about. One trick is to combine names to make an unusual but pronounceable names eg Eric and David = Ervid
Few reference books on character development have a section entitled Naming Your Character.
Character names are like any other words in a story. Choose them carefully only if they’ll make a difference. Pick something that sounds right for the character you have created. Make sure it is reasonably easy to pronounce and to type.
Remember we don’t judge people by the names half as much as we judge them by what they do.
NOW HOW ARE YOU FEELING?
naïve, narcissistic, narrow minded, nasty, natural, naughty, nauseated, needy, negative, neglected, negligent, nerdy, nervous, neurotic, noble, nonchalant, noncommittal, nonplussed, nosey, nostalgic, numb, nurturing, nutty
NAMED ANY GOOD CHARACTERS LATELY?
Lucas Orme and Rowland Mawan were named after research into the meanings - and literary references - were considered. I also spent a long time crawling over maps too. I was reluctant to use Lucas because it has "s" as the final consonant - it is Lucas' story - but it had to be done ;)
Posted by Unknown at Saturday, April 16, 2011