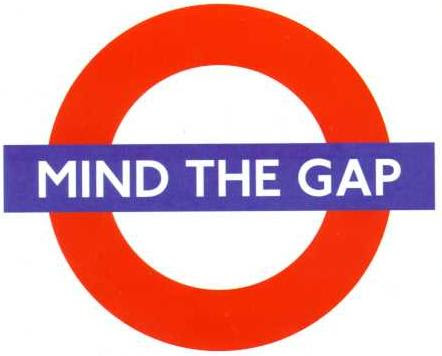 Social Traits
Everyone has a social character – they have been brought up to possess a set of common traits:
Hardship – breeds tenacious and steadfast spirit which could be seen as stubborn or obsessive or inflexible.
Times change.
During years of war the people value particular ways of behaving – traits – ones that would help them survive.  Citizens within such an authoritarian hierarchy would see compliance as a positive response but showing initiative could be seen as threatening the greater good. There would be a need for caution, thrift, communal spirit and national pride.
In some societies family life is authoritarian. Obedience, devotion, respect for elders and “betters” ingrained and commanded. If a character were transplanted into a different type of society they would find it difficult to cope with children who are taught to question, to challenge even the smallest direction and only to respect when that respect is earned.
When an economy is thriving its people would show a different range of social traits. They would be expected to take risks, to have initiative, to sell themselves and consequently be driven to excess. The conspicuous consumerism and waste of resources on new, labelled, non-generic products necessary to show standing and affluence would disgust a character who had lived more frugally.
Those who embrace “green” concepts and are seeking to return to a more simple way of life that strives to minimise the imprint a society has on the planet – an holistic existence – would find themselves ridiculed and misunderstood.
Within the same society the differences are seen generational – a generational gap. When a group has learned its traits under a different set of conditions, and has trouble relating to or understanding another society, this is a cultural gap.
One group may describe the other as strange, ridiculous or quaint. What one group sees as a “virtue” would be described as a “vice” by the others group.
The vocabulary has been mapped to show how society teaches a set of values relevant to its circumstances eg in an authoritarian society obedience is valued but an outsider may see such behaviour as spineless.
AUTHORITARIAN HIERARCHIACAL
virtue                    vice
+                    -
accepting             passive without initiative
responsive           opinionless
modest                without pride
charming             parasitical
adaptable            unprincipled
idealistic              unrealistic
polite                   spineless
optimistic             wishful thinker
trusting                gullible
tender                  sentimental
IN A FREEMARKET ECONOMY
virtue                  vice
+                    -
active                 exploitative
make claims       egocentric
impulsive            rash
self confident     arrogant
dedicated           fanatical
purposeful         opportunistic
flexible               inconsistent
curious               tactless
tolerant              indifferent
generous           wasteful
Some of the conflict in the novel comes from each characters'  social traits.
Whether you are writing gritty urban or world building SFF, the journey of character development is the struggle to find a balance, the middle ground or to provoke a profound shift in values.
So, how are you feeling today?
sad, sanctimonious, sanguine, sardonic, sassy, satisfied, savage, scandalised, scared, scheming, scorned, secretive, secure, seething, self-absorbed, self-assured, self-confident, sensitive, sentimental, serene, serious, shamed, sheltered, shocked, shrewd, shy, sickened, sincere, sceptical, smug, sociable, social, solemn, sombre, sorrowful, sour, spineless, spirited, spiteful, spontaneous, stable, steadfast, stern, stoic, stressed, stubborn, studious, suave, subdued, sulky, sullen, supercilious, suspicious, sympathetic
INTERESTING FACT:
Boehringer Ingelheim, a German drugmaker, pays expenses for female employees to be accompanied by their mothers on longer business trips, acknowledging the cultural aversion India has to women travelling alone.
Posted by Unknown at Saturday, April 23, 2011