Me and Dickens we're like that -x- FLOWER PAGE 2

TO CELEBRATE THE DISCOVERY OF HOW TO CUT AND PASTE, I  POSTED PAGE 2 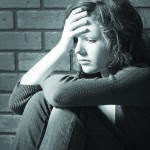 FLOWER
The sick feeling, an over-extended balloon of despair, stretched in my stomach. Worst of all the tears leaked. They wet my face and hurt my cheeks though I tried to squeeze hard enough to hold them back. I could hear the banging on the wall, again.
"Cheers... babe.”
I took the doll, this was the quickest way back to solitude and it made her feel better. But Hannah wriggled inside the curtain beside me, I forced an eye to open when another kind of head began rub at my arm. For the first time in 17 days I remembered I could smile.
The peel of the doorbell chime took away even that.
“That’ll be the door,” said Jo.
I stared at her but no power on earth was powerful enough to make me look at the door. If you don’t look then you don’t see, and if you don’t see then it isn’t so - and I wouldn’t have to start my new life again.
“He’s early,” Jo made her way past the things standing neatly in a row, but her head remained turned toward where I sat, almost hidden, by the floor length curtain, “that’s a good sign.”
With her hand on the door, and without a word being said she begged me to believe. Believe it could be alright, believe he really wanted me, and believe I might not, literally, die.
But how could that be when I’d seen the suitcase and the lilac folder balanced on top of my jacket. So, how was it going to be alright? I didn’t even feel it could be alright here, just 20 minutes from the house that wasn’t really mine anymore? How could it be better when I’d be 20 hours further away from it by tomorrow?
But life went on. For 17 days I'd been learning that fact. Your parent can go out and life goes on – they don’t come back and life goes on – services and cemeteries, and fairy cakes and wills and still life goes on. How that was happening was the most bizarre thing.
Posted by Unknown at Sunday, April 04, 2010