FIRST PAGE - so, what am I actually working on? 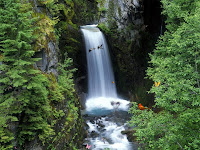 Upon the death of the Wisest Wise, the first child born within each of the four trading clans will be raised and trained apart until the leader is, once again, revealed. Nesh, Kir, Rhi and Dija learn through trials and competitions while they wait for fate to make the pronouncement. But when destiny is written in the stars, some claw dirt-deep to furrow a different future.

Amri’s hands shook as he drew the oil lamp back from grey lips. His fingers encircled light and desperation, the acrid scent of each an assault on all his senses. Clan Fiu’s fortunes were eroding with the swell of Amafu’s tide but, although the arrow tip of flame no longer danced to the rasp and wheeze, he had not departed to sail the rivers beyond the seas. Amri stumbled as he left the dais; the pride of Fiu rose and its honour drained to sand. His hand, deep within the folds of his wilath, could not crush the vial there, the vile essence of the deed was rooted too deeply.

The hand Amri extended, pulled Amafu's doctor in. For six shine Caleth had cherished the life of Amafu, Wisest Wise.


Robes of white flustered as he hurried; the physician closed rank and distance, “Lord?”

The wives of long dead sons stood closest with their arms clasped over straining lungs, knuckles whitened; the weight of  knowledge bent their backs as their tears fell in crystal respect.

Amri straightened his spine as he narrowed his eyes, “The stars have aligned to deny Clan Fiu continuity of service? Due two moons late?”

“Lord, I beg you think of the child.”

Caleth rounded his shoulders as sickness welled within him.

“Do this and bounty will rain upon you.” But the finger’s holding the vial thrust it into his heart. They scrapped, clawed, as if to gain entry.

Caleth bowed, his eyes locked upon the inky, crystal bottle which contained a clear, odourless liquid and the blackest of intents: the child would live or die, but it would be born that night expunged from it’s mother’s womb, too soon. The pity of it was if the child were born living and lived, it still might not be soon enough.
Posted by Unknown at Saturday, April 10, 2010