Has it taken longer to write the pitch? 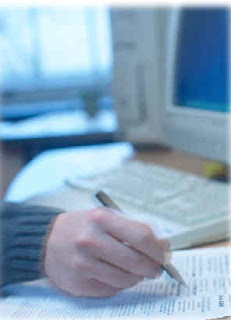 I struggle with the letter - you know the one that hardly matters - the one that sells both the writer and the writing to an agent.

I could talk for Britain about the Near Edgware concept, as over-enthusiastic as a labrador puppy, but distilling it into a pitch has taken longer than the time it took to throw the first draft at my computer!

This is the version I'm staking my career change on:

Dear Literary Agent (who I have researched properly to make sure this is not a waste of your time and mine also :s )

I would like to introduce you to my debut novel written for young adults, it has been well-received by teams of pre-teen and teenage Beta readers and others, who were considerably older, in my Writers' Circle.

Near Edgware is a paranormal romance complete in 72,200 words.

Sixteen-year-old, Jess Trainer has been away - out of everthing - for two years; her life on-hold while she was living in Guyana. Now she is back she just wants to run, word hard and socialise with her old friends. They welcome her back but she cannot shake the feeling she is looking at the life that should have been hers.

The re-named new-old-school with its blend of old and new facilties, familiar and new faces, reminds her of the last, difficult, year. Her understanding of alientation makes the three brothers who keep themselves apart fascinating. Where others see only the similarities, she sees the differences. Immune to his brothers, Jess knows that Caleb Ridgway attracts her attention with every sense she possesses.

Jess' determination to learn more about Caleb, and to provoke his interest pays off when he decides to trust Jess - not with his secret - but with is heart. From her first terrifying glimpse into the world of those born Were, Jess is offered choices. Caleb, his pack and its Alpha ensure she learns about their value system and way of life.

It is Jess who acts as the Weald Pack's protector when the are attacked by feral Were. The strength of their love means she can reach the traumatised Caleb when his pack, and bothers, believed he was lost.
HELP!
If you love it or hate it please let me know. I can't guarantee not to cry tears of blood but I can always send it - and me - back to the drawing board. bahaha!
Posted by Unknown at Saturday, January 16, 2010

Email ThisBlogThis!Share to TwitterShare to FacebookShare to Pinterest
Labels: writing the letter pitch Near Edgware help