NEAR EDGWARE 21st December The Longest Night Just A Kiss 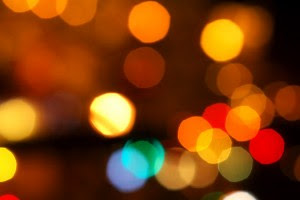 The Girl with One Eye and Dominique started me thinking about kisses.
I may be one day late for Just A Kiss on the 21st December but I couldn't resist posting Jess and Caleb's kiss from 21st December in NEAR EDGWARE.
I wanted to stop before the kiss because the build-up... is quite that. But, I guess I'd better let them kiss or they'll be waiting a while to get some lip action.

We stood in the glow of the Christmas decorations that shone out into the dark from the lobby of the pub and restaurant.
“Call me later?” Caleb’s warm breath moistened my ear and, as I shivered, his fingers traced the raised lines and bones from wrist to fingernail tips.
“Umm,” I agreed. I gazed into the warm, honey glow of his eyes, but his raised brow preoccupied me even more.
Caleb’s laughter vibrated through me as his arms surrounded me and he lifted me from the floor. My eyes were level with his and my distraction was complete, “Promise?”
The soft fabric of his dark school jacket gave way to the silkier strands of his hair as I moved both hands to cradle his head. I had lost the desire to speak. Action seemed, suddenly, very necessary. But Caleb’s lips thinned and drew back – his smile could not spread any wider. The tiny frown between his eyebrows spoiled the perfection. Leaning forward, to place my lips there and smooth it away, I caught the warning glint in his eye. My hands curled over his shoulders and gripped while he twirled us around.
Caleb, with the multi-coloured Christmas lights reflecting in his pale hair, was electrifying. I absorbed each sensation to complete the image: crisp cold air, pine from the tree, his warmth radiating from beneath the woollen coat. My senses were heightened, then he let me slide back down the length of his body to the floor. It took me a while remember I was trying to answer his question, “Promise what?”
“You’ll call me... when you get home?” He flushed. Cleared his throat, and shook his head before he started again, “What time do you think you’ll get home? When will you be able to call?”
“Sometime in the dull bit – before the patrol gets back.”
“Good,” he said kissing his way from eyebrow to eyebrow and then down my nose towards my mouth. I held my breath and waited... while he waited. Our nightly challenge – who would give in first and start the final kiss. I could feel the irresistible pull that meant that it was nearly always me who couldn’t hold out. I tried to enjoy the closeness, that was just one step from perfection. To move was to cheat but sometimes one, or both, of us resorted to that. My fingers on his chest itched to slide up, to cling to his neck or to trace the muscles under his open jacket.
My head swum and my lips curled into a smile of pleasure as I felt the non-Were tremble under my hands just before his lips connected with mine. I threw every ounce of pent-up frustration, he had worked to build, into my response.
“What’s another word for bliss?” his mouth moving over mine demanded, “I don’t want to wear out my word?”
“Heaven?”
“Not good enough – stars look cold.”
“Pleasure?”
“Better, but...”
“Ecstasy?”
“Too much!” he said pulling back as the change vibrations became detectable.
“Too sensitive, by far,” I laughed and pushed my hands up his chest, along his neck, then over the faint roughness on his cheeks towards the silkiness of his hair.
With his nose on my neck I knew he was absorbing my scent, the way I collected images.
“I’ll call as soon as I can.”
He took two paces back without turning so his darkened amber eyes never left mine. I began to walk backwards to the door of the pub. I couldn’t take my eyes from his, until he raised an eyebrow and laughed. I turned to see the man waiting to pass through the door.
“Sorry,” I mumbled, watching as Caleb turned to run the short distance to the corner where his brothers and protectors waited. They'd tried to give him a little privacy, but probably failed.

Back to STAYING LOST - a very different kind of action there.
Posted by Unknown at Tuesday, December 22, 2009

Email ThisBlogThis!Share to TwitterShare to FacebookShare to Pinterest
Labels: kiss by Christmas light Near Edgware Jess and Caleb