Leaves, bulbs and other stuff in the non-gardener's realm - RESEARCH 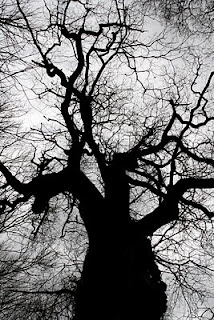 Ok, the season of sticks and furrowed footfall mess is officially over.


My garden shrubs, caught loitering in states of undress, can't claim to be covered in a gauzy haze of greenary profuse enough to spare their blushes, but there are definite signs that drapage is on the way.

The rain is doing that watering thing other gardeners do and the warmth, I believe, is doing the rest.

The leaves on the evergreens - dark green, light green and the oddly two-tone ones where yellow and vibrant green war for attention in the self-same leaf - are being joined by the first hint of dark brown buds on all the twig like bushes and trees that grow alongside them.


I love winter in the garden, it's the time when I get away with not knowing what anything is.

You know in A Fish Called Wanda when John Cleese impresses Jamie Lee Curtis to extremes? It's a good job my gardeners are octogenarians. They speak, I listen. My eyes grow wider while my ears hear an assortment of words flowing like a river tripping and falling over stones on its way. (Handy considering the state of my garden.) Their speech appears to be an entirely different language, to be exact two different languages intermingled. When I analysed the syntax of the speech I discovered it was still very hard for me to decipher what they were saying in full flow. I couldn't even be certain of their word groups: some nouns sounded like active verbs.

Flora and fauna feature hugely in NEAR EDGWARE - when you base a book 40% in woodland it will do that. So how is it every word related to the trees, plants and wildlife is totally accurate given my extreme lack of knowledge on the subject? RESEARCH: I had about 50 books on the woodland habitats littering the room, more webpages than I care to remember bookmarked and my favourite semi-retired experts on hand, whenever I was writing a scene.

My favourite discussion was about whether a particular plant could - in any circumstance - be seen to flower approximately one month later than my catalogue said it should. My faithful and trusty gardener said I should get a life and give the plant the freedom to live a little. He informed me that, as plants do not know what the text books say they can not be held responsible if they last a little longer! I translated this as yes. :)

Then, in a later re-edit , I cut this section out of the book :\

What did you have to research, so you could write with authority?
Posted by Unknown at Wednesday, March 24, 2010